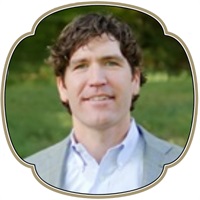 Buck joined his father in 1998 after graduating from Cornell University with a degree in Consumer Economics. On January 1, 2013 Buck became the Managing Partner of Estate Strategies (ESI) leveraging his 15 years of industry experience and the lifelong benefit of being surrounded by his father.

He obtained his Chartered Financial Consultant (ChFC®) designation from the American College in 2003. And has completed several Executive Education Courses including: Babson College’s Institute for Entrepreneurial Leadership and Advancement & Wharton’s Understanding the Small Business Owner.

Buck met his wife Allison, a native of Cleveland Ohio, at Cornell University and they now live in Wayne, PA with their three children. Buck enjoys maintaining an active lifestyle--fly fishing, skiing, triathlon and coaching youth lacrosse, along with raising three children, are among the things that keep him busy outside the office.